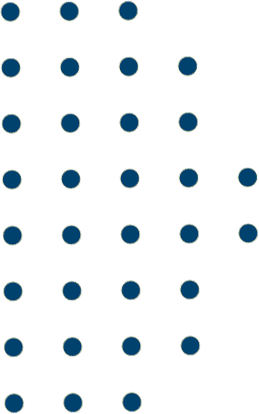 The Maslow CNC got its break on Kickstarter back in 2016, and can now be found milling and routing its way across large sheets of wood in garages, woodshops, and makerspaces the world over.
Simple in design, but allowing for large cuts to be made in its relatively compact footprint, the Maslow CNC is, at its basest level, an automated router. There is no worktable in the traditional sense.
Capable of cutting pieces over two meters long, and one meter tall, it’s a versatile tool that offers a unique setup, and at ~$500, without breaking the bank. Read on as we explore what exactly the Maslow CNC is in more detail. MASLOW CNC ROUTER KIT: REVIEW THE SPECS Features Though some assembly and technical know-how is required to get up and running, the Maslow CNC has the potential to be a versatile machine for makers wanting to work with large wooden pieces in a high mix, low volume type of use.
DESIGN
Mechanically, Maslow CNC is relatively simple, with chains and tension cords on pulleys serving as the motion system, dragging a sled-mounted router held taut with two bricks as ballast. A majority of CNC routers on the market are gantry style machines that take up more space than the pieces they are able to cut.
Because the Maslow is tilted 90 degrees, this allows the user to place the machine up against a wall, and free up a large amount of space. With the tensioners and straps suspended in the air, it takes minimal effort for stepper motors to drag the cutter across the wide surface area of the cutting material.
Depending on the Maslow CNC kit you acquire, the device typically only comes with the essential components to make the sled and motion system. The user must source a router and frame. As such, the Maslow CNC ships in a small box, which dramatically cuts down on shipping expenses when compared to gantry-style systems.
OPEN SOURCE
The Maslow CNC has its origins as a community-driven open-source project, founded by Bar Smith and furthered at the Kickstarter stage by Hannah Teagle and Tom Beckett.
The business model was collaborative, with a “Community Garden” encouraging users to team up with one another to bulk source or even make the parts needed for each others’ Maslow CNCs, as well as share project plans and generally show off what they’d been working on.
Demand for the Maslow CNC kit outgrew the project’s capacity in 2018, whereby the Maslow team shifted focus and turned production in its entirety to the community. Select authorized commercial interests, including MakerMade CNC (perhaps the best-known maker of Maslow units), produce a variety of Maslow CNC kits.
PRICE
Though the kit costs $350, it doesn’t come with everything you need to get it up and running. You’ll need to also buy bricks, plywood, and 2x4s along with a fixed base router to get started. Maslow also sells a Z-axis kit for an additional $60, bringing the complete price of the kit to about $500.
SPINDLE
While most entry-level CNCs try to tackle smaller, hand-held-sized parts, the Maslow aims at larger projects, primarily out of wood material. You can commonly find furniture makers utilizing this compact machine to cut 2D pieces, which will later then be assembled into a three-dimensional chair, table, or other furnishings.
Although the machine recommends a Ridgid R22002 cutter, the overall package of the system is relatively universal, allowing the user to upgrade their spindle RPM, torque, and broad cutting capabilities with minimal effort. It will not rip through an automated cycle as a production CNC will, but it should be able to produce accurate parts with consistent repeatability.
Generally speaking, since you’re using a spindle of your choice, you will be free to outfit a wide variety of end mill sizes for various machining/finishing operations. From chairs, tables, and even guitars, this chain-driven machine should be capable of tackling a variety of 2D plywood parts but could work with most polymers, too.
EXPANDABILITY
The versatility of the Maslow CNC shines when you consider that most, if not all, components are off-the-shelf, allowing any maker to customize their machine. Instead of having the standard 4′ x 8′ (1.2 x 2.4 m) shape, longer cables can be used to enlarge the working area.
Because the depth of the stock Maslow CNC is under one meter, this large workspace can fit into any slim and long space (most garages, we should imagine) where a gantry-style three-axis mill would not.
SOFTWARE
The Maslow CNC can be controlled with a variety of G-code processing CAM software. Officially, there is Ground Control, a simple software written in Python specifically for the Maslow CNC.
Ground Control gives you control over the movements of the Maslow CNC, in addition to calibration tools, setting Zero, and running G-code. MAKERMADE MASLOW CNC
MASLOW CNC ROUTER KIT: REVIEW THE SPECS Tech Specs